Working as a Freelance Travel Writer – Writing on the Road

Working as a freelance travel writer is as gritty as it is glamorous! This job description and career tips are from a professional travel writer, who is based in Vancouver, BC, Canada. Lori Henry works all over the world, and has written for several national magazines.

Here, she describes her job as a travel writer and offers a bit o’ career advice for aspiring freelancers.

But first, a writing quip:

“I write when I’m inspired, and I see to it that I’m inspired at nine o’clock every morning.” ~ Peter De Vries.

If you want to work as a freelance writer, you can’t wait until the Muse visits you. You have to motivate and inspire yourself to keep pitching article ideas to editors, keep re-slanting and re-pitching query letters, and keep editing and even rewriting your articles until your clients (magazine editors) are happy!

But happily, it is possible to freelance full-time…

Working as a Freelance Travel Writer – Writing on the Road

“I travel the globe in search of good stories, overlooked destinations and things I can recommend,” says Henry. “Like other writers in North America, the pay for most print magazines is $1 per word, but this has been dwindling to as low as $.05 per word. Online writing work can go from enough to buy a cup of coffee to $1 per word.”

Henry says she enjoys the lifestyle a lot – which can be quite nomadic at times. “I get to experience places that I might never have gone, let alone afford,” she says. “After all, who can afford to travel every month?”

The Downside of Freelance Writing

“The pay has got to be the worst thing about travel writing,” says Henry. “As it dwindles, and more people get into travel writing as a hobby, it gets harder and harder to make a living from it as a freelance writer.”

She adds that it’s impossible for her to take a vacation. She tries, but she’s always snapping photos and taking notes just in case she can later sell a story or magazine article about it.

“People are surprised the pay is so low,” says Henry. “When I say I’m a freelance travel writer, people’s eyes grow large and they say that it would be their dream job to travel the world and get paid. Unfortunately, the getting paid part is becoming difficult as magazines and publications cut their budgets, but so far I’ve been able to hold on!”

Henry advises writers not to quit their day jobs. “Ideally, you should have a very flexible job where you can take time off to travel, especially on short notice. From there, freelance writing is like any other self-employed profession, such as working as a novelist. Build the discipline to work from home without a boss and be able to work on the road – because your office becomes anywhere you and your laptop are, or you, a pen and paper.”

The more travel writing jobs you get, the closer you’ll be to eventually writing full-time. It takes time to build a profitable writing career — but it is possible!

“Also, you need to constantly be thinking of story ideas you can pitch to editors,” says Henry, “and re-pitch those ideas if they don’t get picked up the first time. That’s the really boring part!”

To learn more about writing as a career, read this job description of a freelance writer.

A similar career is working as a freelance photographer (another job description from Vancouver, BC!).

Lori Henry is a 28 year old Vancouver-based freelance travel writer who is trained as an actor (not a writer!). She is currently working on a book about dancing her way across Canada – CulturalDancing.com. Her articles have been featured worldwide in publications such as Reader’s Digest, up! magazine (WestJet’s in flight), Western Living, Fodor’s, Spa magazine, and USAToday.com.

If you have any questions or thoughts on working as a travel writer, please comment below.

Community Connections in Deep Cove, BC 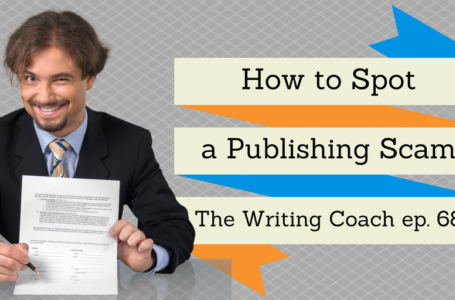