Here are the five stages you’ll probably go through after you lost your job, got fired, or found yourself in a redundant position. Whatever they call it, the bottom line is the same: you are unemployed.

These tips on coping after you lost your job are from a book called When Smart People Fail. It’s one of my favorite books on rebuilding yourself after a huge failure – especially when your identity is caught up in the thing you failed at.

“The stages of failure are as predictable as the stages of a disease, and just as survivable,” write Carole Hyatt and Linda Gottlieb in When Smart People Fail: Rebuilding Yourself for Success. “The truth is that almost no matter what you do, you will get through these ‘negative stages.’ Everyone experiences them; and although they are uncomfortable, they are not permanent.”

In this article, I describe the five stages most people go through after they lose their job. Knowing what to expect will help you figure out how to cope with whatever happens next.

How to Cope After Losing Your Job

Shock. Your first emotional reaction will likely be disbelief, numbness, and shock. Something that was very real to you – your livelihood, your source of income, your place to go every day – is now dead. You may be in denial, and you may feel numb. “When you are in the stage of shock,” write Hyatt and Gottlieb, “what you need most is a sympathetic listener – not someone who will offer advice.” The first tip for coping after losing your job is to find someone who will listen, not opine.

One of the best ways to cope with the shock of job loss is to take care of yourself. Read 8 Ways to Pamper Yourself After a Bad Day at Work.

Fear. My husband lost his job six months ago, and he’s been unemployed since then. This was my biggest fear: that he wouldn’t be able to find work! It’s shocking, because he had never been unemployed for longer than a week in the past – and that was only once. I’m afraid of losing our house because we won’t be able to pay the mortgage for much longer. Luckily, we don’t have kids, so the worst case scenario is that we move. (Even if we had kids, that’s the worst case scenario!).  The authors of When Smart People Fail say that behind these practical fears lurks a fear of our own mortality. The second tip on how to cope after job loss is to accept that you may be dealing with thoughts of your own death.

Anger and blame. This stage of job loss is much easier to cope with! You can yell, stomp your feet, get really mad, and find people to blame. You fantasize about revenge, and you may make mistakes that won’t serve your career well in the long run. But, once your hot anger has subsided, a sense of cool outrage can help you cope with the reality of losing your job.

If you don’t know what to do next, read Best Jobs for Introverts and Quiet People.

Shame. You probably won’t be running around telling everyone that you lost your job! When we told people that my husband lost his job, they felt so bad for us. It was embarrassing. I wasn’t embarrassed that he was going on unemployment, I was embarrassed that everyone felt terrible for us. They didn’t pity us, but they were so sad, scared, and disappointed for us. This sort of made me feel ashamed about the job loss, even though I didn’t feel ashamed before we told people. Here’s a tip on how to cope with losing your job: try to process as many as your feelings as possible before telling your friends and family – and don’t let their reactions change how you feel about being unemployed.

Despair. “You don’t necessarily become depressed upon losing your job,” write the authors of When Smart People Fail. “You may be shocked, angry, or fearful, but as long as you believe in your own worth (self-esteem) and as long as you believe in your ability to provide a better future (self-confidence), you will not fall into despair. Despair only occurs when there is a massive ego loss with no subsequent ego gain, and no apparent way out.”

The biggest obstacle to coping and recovering after job loss is staying stuck in one of these stages. Going through these stages is normal and even healthy (you’re grieving the loss of a major part of your life!). But, you’ll cope like a winner if you keep marching forward.

“Failure is a cleaning of the house,” says Gottlieb. “It’s an opportunity to reorient your career, to inspect it, to relabel it. Surviving failure makes you bold. It liberates you and gives you the courage to risk in a big enough way to guarantee big success.”

If you need money right now – while you’re waiting for failure to make you bold – read  10 High Paying Jobs for College Students. 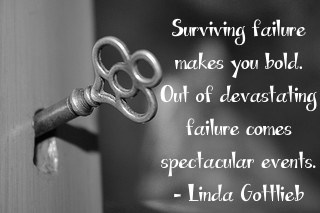 5 Tips for Throwing a Goddess Party 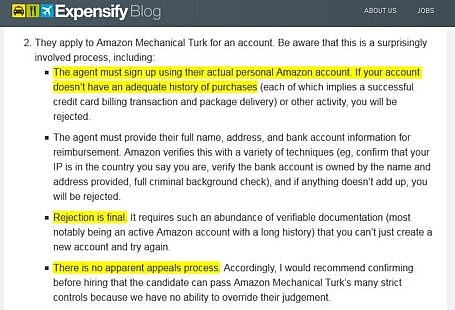 3 comments On Coping With the 5 Stages of Job Loss