Here’s the appeal letter I wrote to my bank, TD Canada Trust, to appeal their decision not to reimburse my checking and Visa accounts after thieves stole my purse and stole my money. Phew! That’s a mouthful. If you need tips on writing an appeal letter to a bank about a student loan, mortgage application, or business loan, please let me know in the comments section below. 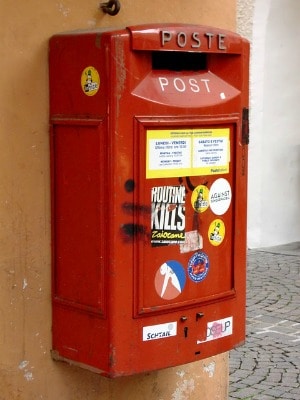 How to Write an Appeal Letter to Your Bank

I was parked at Lynn Canyon Suspension Bridge in North Vancouver, BC, and my purse was stolen from my vehicle. Those dirty rotten scoundrels stole my wallet, which contained my driver’s license, health care card, a TD Canada Trust credit card, ScotiaBank Visa card, a TD Canada Trust ATM or debit card, 2 Tim Horton’s gift cards, my library card, and my photo ID card from the Kenyan government from when I lived in Africa.

In my purse was also my work cell phone, work keys, daytimer, pictures of me and my Little Sister, and various other personal items that mean a lot to me, which the thieves probably burned, buried, or broke. The worst part was that they have my driver’s license and my address, and I lived in fear for about a week after it was stolen.

If Your ATM Card is Stolen, Does the Bank Reimburse the Money?

When I called in the theft on my RBC credit card (Visa), they immediately said they’d reimburse the stolen money. When I called it in on my TD Canada Trust Visa credit card, they said they’d have to investigate. I had to visit TD Canada Trust in person to deal with the stolen ATM card – the thieves withdrew over $1,400 from my chequing account. TD Canada Trust said they’d have to investigate before deciding whether or not to reimburse me; a month later, they sent a letter saying their investigation revealed that the person who used my TD Access card was able to determine my Personal Identification Number (PIN). Thus, the financial loss is my responsibility.

I appealed this decision via a letter, and they decided to reimburse me! O happy happy day! Read the letter I faxed to TD Canada Trust in How to Write an Appeal Letter to Your Bank.

Four days after I faxed my appeal letter, I got a call from the lady at TD Canada Trust’s Fraud Department. She said they have to guard against people who pretend their ATM debit cards or credit cards are stolen, and submit a false claim to the bank. The bank also can’t be responsible for paying back the financial losses of people who have PINs that are easily accessible or easily guessed. Debbie asked several questions about my PIN to determine how culpable I am, and said that they will reimburse my stolen money this time. She also told me to change my PIN frequently, shield my PIN when entering it at an ATM machine, and never choose a PIN that is in any way related to my life (eg, birthdays, phone numbers, etc).

If your ATM card is stolen, your bank is much more likely to reimburse the money if your PIN was not easily accessible or easily guessed. The bank can also tell how many times the thieves tried to access your account, and whether or not the account activity is normal. The more abnormal the activity, the more likely your bank will reimburse your money.

In My ATM Card Was Stolen – Will the Bank Reimburse My Money?, I described what happened to me and how I responded when my bank (TD Canada Trust) said they would not reimburse the money the thieves stole from my chequing account.

Thank you for your letter regarding my stolen Access Card. Please reconsider your decision not to reimburse me the stolen monies as an act of customer appreciation, for the following reasons:

My Facebook update for today: “My purse was stolen on August 14, and the thieves stole money out of both my RBC and my TD Canada Trust bank accounts.

RBC immediately said they’d take care of it and reimbursed my money…TD finally sent me a letter today, saying they won’t help me out. I’m appealing their decision….fingers crossed they’ll help me out! We could really use the money, now that I’m a full-time student again…”

And my Twitter update for today (Sept 12) @QuipsAndTips — I have over 9,000 followers: “My wallet was stolen; the thieves withdrew $2,000 from my accounts @RBC reimbursed me right away; @TD_Canada won’t. I’m appealing, with hope.”

I have not written a blog post yet, but I will (my most popular blog is Quips and Tips for Achieving Your Goals).

Writing tweets, Facebook updates, and blog posts that thank and praise organizations for their support and kindness is more my style than lambasting them. I would love to be able to thank TD publicly for helping me out of a tight situation. I don’t want to leave TD, and I don’t want to express my disappointment publicly.

Ms Lampropoulos, I appreciate your time and I understand the position you’re in. But, please reconsider your decision and reimburse the money the thieves stole from me. TD Canada Trust can easily absorb this loss, while my family and I can’t.

What I Learned From Writing This Appeal Letter

If you’re writing an appeal letter to a bank, don’t copy what I wrote! Just be yourself, and write from your heart and brain. Get someone you trust to review and edit the letter. Sleep on it before you send it. I wrote my appeal letter in 30 minutes, and faxed it to the bank immediately…but if I had to do it again, I’d sleep on it.

These tips on how to avoid having to appeal a bank’s decision about your account are from ScotiaBank.

What are your thoughts on appealing a bank’s decision about your account, credit card, or application? Comments welcome below.

This article was originally two articles on Quips and Tips for Achieving Your Goals: How to Write an Appeal Letter to Your Bank and My ATM Card Was Stolen – Will the Bank Reimburse My Money?

How to Handle Negative or Bossy Co-Workers – Sophia Loren 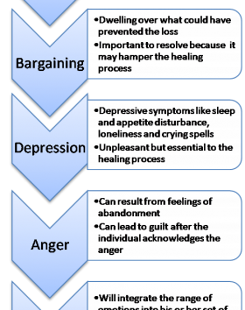