Being very close to death gave Triffany the gift of seeing what happens after we die. Here, she describes what death means to her – and how we’ll still be with our loved ones after we die.

“We are always with one another – even after we die,” says Certified Professional Life Coach Triffany Hammond. “It’s really quite simple. In fact, we’re actually with our loved ones more closely and deeply after our passing than we are in the physical form. Whatever we are in the non-physical is 100% what we’re meant to be – no ego, no confusion, no agenda.”

She adds that when we’re in the physical form, we become less potent. The physical trappings of language, ego, aging, and fear dilute our essence even though we are seemingly easier to access because we can be seen and heard. Triffany says it’s like choosing whole foods or vitamins for nutrition: “In our non-physical form we’re broccoli and in our physical form we’re a B complex vitamin. Either way we provide better health – just one is more pure than the other.”

Facing death brings peace. “I remember, quite clearly, the moment I began to slip away,” says Triffany. “All physical sensation ceased. I could no longer hear the beeping machines, there was no weight to my body or of the covers on my body, no light through my eyelids. It was this deep, meaningful peace that didn’t so much enter me as it did become me…more truthfully I became the peace. I had this trailing thought, ‘am I dying?’”

Fear isn’t necessarily part of death. What happens after you die isn’t the same for everyone, but Triffany’s experience might help take the fear out of death. She wasn’t scared – only mildly curious. “In the blackness there formed a picture of my children who were 3 and 5 at the time,” she says. “I had a feeling of deep Truth, like I’d known it all along. I had a choice: I could either be with them in the physical world or I could be with them in the non-physical world.” She didn’t understand how important this was years later.

You stay with your loved ones after you die. Triffany’s experience showed her that she didn’t have to face the choice of staying or leaving her children. Either way, she was going to be WITH them. She was simply given the option of choosing her form: physical or non-physical. “It was not a fearful decision – it hardly felt like a decision at all, actually,” she says. “As soon as I chose ‘physical’ I was immediately in touch with all of my senses and flooded with the pain that was wracking my body.” What happens after you die – or you come close to dying? Maybe you have a choice about whether or not to love.

Death involves permission and release. “There’s this beautiful moment that is unique to death that involves, for lack of a better word, permission,” says Triffany. She adds that there is no other condition in our life that offers us the opportunity to truly release our expectations of each other, and it lies in the permission to live or the permission to die. Other transitions in our lives might be similar – break ups, sending a kid off to college, moving out of state, etc – but that only gives us a glimpse into the heart of the matter when we’re really saying goodbye to our loved ones.

We have more control than we think over what happens when we die. In You Can Control the Dying Process, I describe how some people need permission to die. They don’t die until their loved ones release them by saying good-bye and giving them freedom to pass on. This is similar to Triffany’s experience. She says that when we face death, our conscious minds believe that these are our last days to express affection and give our dearest friends and family the grace to move on after we go. “We want them to know that even in death we wish them happiness, laughter and a rich, full life,” she says.

The ego complicates the dying process. For some people, the ego seems to melt away when they accept death. But, our families’ egos go into overdrive – they don’t want to speak of death, they don’t want to imagine life without us, and they feel if they let us go with grace then they must not have loved us. There’s a great deal of conflict there that can slow the natural process of letting go and dying. Knowing what happens after you die can help you say good-bye to your loved ones in the present.

Soul-to-soul moments are a wonderful part of dying. “When someone is dying, friends and family come out of the woodwork to say goodbye,” says Triffany. “Each one has their own memories. One story will lead to another and everyone has their own take on it. Pretty soon, it’s as though you’re all reliving these soul-to-soul moments – and it feels surprisingly good.” She encourages us to recognize the potential for joy ahead of time, and let it happen organically. If we don’t see it coming it’s easy to be hit with guilt for feeling happy during what we’ve come to believe should be a sad time.

What happens after you die is you can be 100% yourself! Triffany says she has a hard time going to funerals now, because of her excitement about what is possible! The person who has passed can be 100% themselves, 100% helpful, and 100% present in a room full of mourners. The joy and freedom that comes after death is in stark contrast to the joy the dead person feels.

A “funeral” is about celebrating life, not mourning death. “I want there to be so much laughter around my deathbed that there’s no room or time for guilt,” she says. “I want my funeral to be a celebration of my liberation and an excited anticipation that everyone in the room gets a closer relationship with me and with each other now that I’m no longer confined by my body.” Triffany has had this conversation – about what happens after you die – with her kids, who are now 13 and 14. She doesn’t want them to equate sadness with love…not for her.

Everything Triffany Hammond does is designed to help people Love themselves again. As a Certified Professional Life Coach who specializes in helping people through difficult transitions, she partners with people who recognize that the change they wish to see in their life comes from a healing journey that starts within. Creator of the F.A.I.L. to Win program, writer and speaker she lives joyfully in Colorado with her two teenage children.

Why Blogging is a Good Idea for a Business 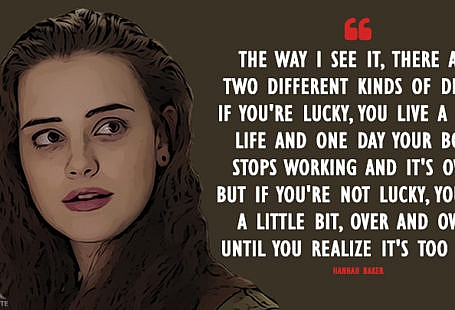 How Will You Die? Different Types of Death 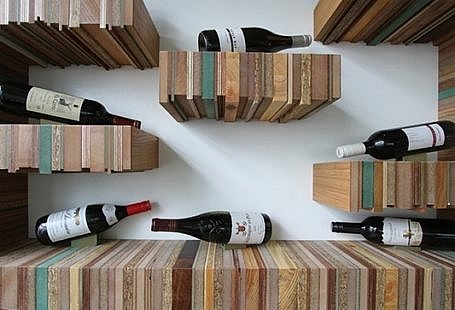 7 Creative Ways to Decorate Your Coffin 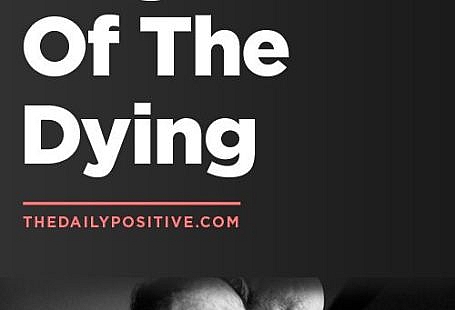 10 End of Life Lessons From People Who Are Dying