When You’re Scared to Die

Nothing will erase all your fears of death, but these tips will help you cope when you’re scared to die. I didn’t stop being scared of dying until I was diagnosed with a chronic  disease when I was 27. It forced me to accept and make peace with my own death, which made my life precious. I’m ready to die. I don’t want to die and I don’t think we should take our own lives, but I’m fine with death.

I want to share the reasons I’m not scared to die because they may help take the fear out of death for you. If you reduce your fear of dying, you’ll be more passionate about living fully madly deeply! Here’s what a cancer survivor says about facing her death:

“Even though I seemed to be fighting my disease, I believed that cancer was a death sentence,” writes Anita Moorjani in Dying to Be Me. “I went through the motions of doing everything I could, but in the back of my mind, I still believed that I wasn’t going to make it. And I was very, very scared of death.”

When You’re Scared to Die

In  Dying To Be Me: My Journey from Cancer, to Near Death, to True Healing, Anita describes how Hodgkin’s Lymphoma, chemotherapy, and her near-death experience (NDE) changed her perspective of life, dying, and death. If you fear death, you should read her book – it’ll help you be okay with the fact that you will die.

And, here are five reasons not be scared to die…

Surrender to death brings healing. “When I was in that state of clarity in the other realm [during her near-death experience], I instinctively understood that I was dying because of all my fears,” writes Anita in Dying to Be Me. “When I relinquished my hold on physical life, I didn’t feel I needed to do anything in particular to enter the other realm, such as pray, chant, use mantras, forgiveness, or any other technique. Moving on was closer to doing absolutely nothing. It seemed more like saying to no one in particular: ‘Okay, I have nothing more to give. I surrender. Take me. Do what you will with me. Have your way.”

I think this type of surrender is healthier than fighting death, disease, dread of the unknown. We who are sick need to learn how to live in harmony with disease, not fight it! This surrender brings healing, acceptance, and peace.

Fear of death is one of the most common fears. Most humans are scared to die (but animals aren’t, are they?). And yet, we don’t know what happens after death! How can we be afraid of something we know nothing about? That’s what I don’t get. And yet, it’s our very ignorance that keeps us afraid. We fear what we don’t know, and we know almost nothing about death. What helped me accept my own death is realizing that life after death could be more amazing, liberating, peaceful, and joyful than life on earth! Our dead loved ones may be beckoning us, trying to tell us that death is amazing. Maybe life on earth is the dumps – even with its bits of glory and beauty. Maybe we’re happier, lighter, and bouncier after we die…and we don’t even know it, so we’re scared to die.

Housework, possessions, work, and “shoulds” become less important. I’m not scared to die – I’m scared of being swallowed by the trivial bits of life! I know someone who vacuums her house every day, and someone else who has to buy new shoes every month. Since I accepted my own death, I stopped caring about the superficial, unimportant crap that we get caught up in. I focus on staying happy, healthy, and in remission from ulcerative colitis.

Here’s what Anita says in Dying to Be Me: “I’ll never again take on a job I don’t enjoy just for the money. My criteria for work and for doing things in general are so different now. My life and my time here are much more valuable to me.”

Research shows death can be a gift. “Death is a very powerful motivation,” says Laura E.R. Blackie, a Ph.D. student at the University of Essex. “People seem aware that their life is limited. That can be one of the best gifts that we have in life, motivating us to embrace life and embrace goals that are important to us.” She researched how death affects how you act. 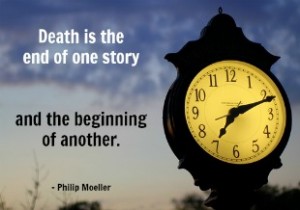 “Scared to Die” image by North of Charleston via flickr

Accepting death makes you strong, fearless, and courageous. When death holds no horror, there isn’t much else to be afraid of! You can take risks, be yourself, and do things you wouldn’t normally do. If you’re not scared to die, you’re also not scared to live.

I accepted my own death when I was in Israel. After I was diagnosed with ulcerative colitis, I went to Jerusalem to meet my father for the first time. I spent many hours in a church in the Old City, praying and making peace with my life, disease, and death. I called my dad, which I was always scared to do. I met his family, and even traveled to Egypt by myself.

Death is no longer the worst thing that can happen to me…getting to the end of my life and having regrets is. I want to die without regret.

Are you scared to die? What do you think would help you accept your own death?

Dealing With Grief at Christmas

30 Home Business Ideas – Plus “How To” Guides 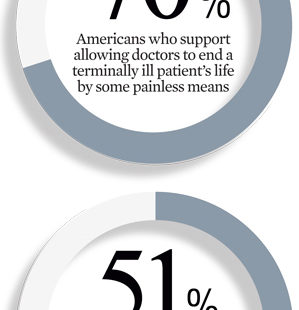 What is Death With Dignity? 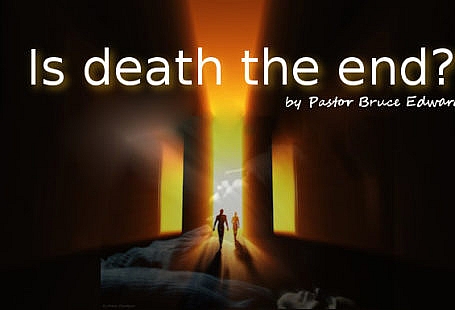 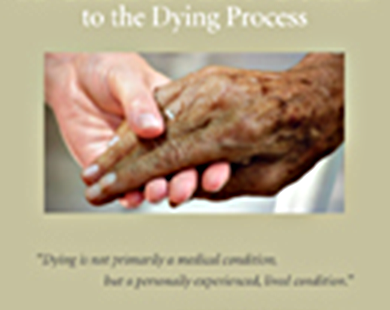 The Dying Process – A Guide for People Dying