Many people wonder how alcoholism can be a disease, because drinking is a choice. Here is a simple explanation of alcoholism as a disease, based on a question from a reader whose sister is an alcoholic.

I didn’t understand how alcoholism is a disease until I started my practicum in the alcohol and drug addiction recovery program at Union Gospel Mission in Vancouver. Here’s a simple explanation of how and why the medical community views addiction a disease.

The book Being Sober: A Step-by-Step Guide to Getting To, Getting Through, and Living in Recovery by Dr Harry Haroutunian  has helped me better understand alcoholism and addiction. The first chapter describes the disease of alcoholism and drug addiction in a clear, easy to understand way. Here’s what I learned about the disease of alcoholism from this book – I wanted to share what I’m learning about alcoholism because of a comment a reader left on my article about helping an alcoholic family member.

On 6 Ways to Help Your Alcoholic Brother or Sister, M. says:

My sister refuses to go to Alanon meetings and drinks herself into unconsciousness.  I had her stay with me for 5 days and she went berserk everyday  – and after the first two days of the shakes. She complained that she needed to get back to work.  She cried and acted like she was dry-heaving.  I now know she was wanting booze.  I took her to two Alanon meetings, but it was a waste of time.  I’ve already told her “goodbye.”  Her husband has hung in there but after five years of this he’s wearing out.  I’ve backed away.  I am struggling with the notion that alcoholism is a “disease.”  To me it’s a mental illness and lack of character.  Sorry, I guess I just don’t understand obsessions.

My first suggestion for this reader is to read up on Alcoholics Anonymous! Alanon meetings are for family members of alcoholics, not for alcoholics themselves (AA meetings are for alcoholics and drug addicts). My second thought is that her sister has to hit rock bottom before she’s ready to go into recovery. I don’t know how she feels about her drinking problem – or whether she knows she’s struggling with the disease of alcoholism – but her own participation is key to her recovery.

We used to think people with drinking or drug problems were weak, immoral, and unable to make good decisions. We thought drinking was a matter of choice, and alcoholics were simply reckless, selfish, and irresponsible.

Research dating back to the 1950s shows that alcoholism is a disease. It’s a brain disease with genetic links. It’s a complex disorder (so I may be over-reaching when I offer this “simple explanation” of the disease of alcoholism!), but it starts in the brain.

Drugs and alcohol affect the midbrain by causing it to release far more dopamine than we’re used to. When we smoke or drink for the first time (or first few times), we immediately feel the pleasurable effects of the high. This high is better, bigger, and stronger than the natural high we get from, say, eating chocolate or exercising or having sex. Our brain rewards us for using drugs and drinking…and we need to use and drink more more more in order to feel the same pleasurable effects. That is how the disease of alcoholism starts – it changes the brain. 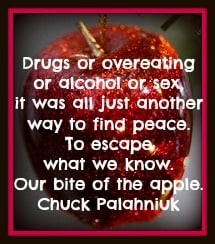 When we’re an alcoholic, our natural supply of dopamine plummets. We need to drink or use drugs just to feel normal. If we want to get high, we have to take more drugs or drink more alcohol. The result is addiction, a condition that keeps us drinking and drugging even after our behaviour has started to make us feel bad and negatively affect others,” writes Dr Harry in Being Sober.

How is alcoholism a disease – not just an addiction? Diseases are often based on genetics, or inherited traits passed down from generation to generation (excluding infectious diseases, such as colds and flu). According to Dr Harry, the disease of alcoholism and drug addiction is about 60% genetic and 40% environmental. This means that if we do have the genes but haven’t been exposed to drugs or alcohol – and if we haven’t encountered a major trauma in life – we may never be hit with the disease of alcoholism or addiction.

Conversely, if we have genetic markers for addiction and we are exposed to drugs and alcohol, we have a pretty good chance of developing the disease of addiction to alcohol and/or drugs. And once addiction sets into our brains and lifestyles, we are powerless to control it. That’s why my reader’s sister can’t just quit drinking or rebuild her character. She is fighting a disease for which there is no cure.

Whether you’re an alcoholic, a family member of a person addicted to drugs, or an addictions counselor, I highly recommend  Being Sober: A Step-by-Step Guide to Getting To, Getting Through, and Living in Recovery by Dr Harry. He’s a medical doctor, recovering alcoholic, and an inspiration to me as a counselor.

This is just a brief, simple explanation of the disease of alcoholism from Being Sober.  Feel free to comment or ask questions – I may not have the answers, but I can try to find more information about drug or alcohol addiction. 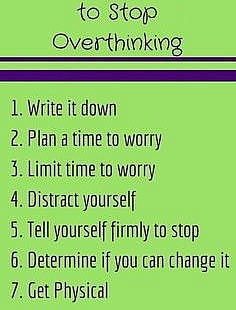 8 Ways to Pamper Yourself After a Bad Day at Work : Quips and Tips

How to Survive an Online Affair 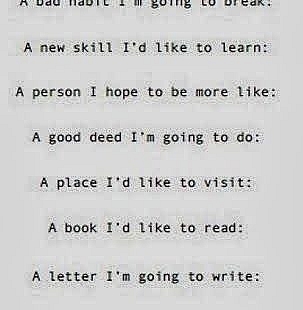