On Writing a Hells Angels Book – Interview With Kerri Krysko

If you haven’t read the first Hells Angels book by the woman who was married to “The Beast”, you need to at the very least read my interview with author Kerri Krysko!

In her book about living with the Hells Angels – Kerri On: A Memoir of a Hells Angels Ex-Wife – she reveals what it’s like to be the wife of a Hells Angel gang member. Her self-published memoir describes how she got trapped in a dynamic cycle of abuse and power. It’s a Hells Angels book that isn’t just about gangs, power, and abuse. It’s about strength, courage, and survival.

“I am the first woman to write a book about being with a notorious Hells Angel, but I also write with a true heart,” said Kerri in “Memoirs of a Hells Angels Wife”, a recent Sun News article about this Hell’s Angels book. “I didn’t write to hurt people or tell secrets or sensationalize the Hells Angels lifestyle. I wrote about the abuse and the cycles and how you get into a place like that and how you recognize the signs to get out.”

I interviewed Kerri about self-publishing her Hells Angels book, as well as what attracted her to Damien (the Beast). My favorite part is when she described the hardest part of writing her memoir about being a Hells Angels wife.

On Kerri: A Memoir of a Hells Angels Ex-Wife is a fascinating glimpse into the cycle of abusive relationships and finding strength to start over. It’s a story of self-esteem and power, pain and healing. Talk about a new beginning!

My questions are in bold; Kerri’s answers are in her own words.

What attracted you to a Hells Angels gang member? When we lack acceptance in the world in any way, we tend to be drawn to anyone who accepts us, or shows an interest of love. So, when someone embraces you and gives you safety from people who hurt you, you gravitate towards them. I gravitated towards my ex-husband Damien because he swept me off my feet. I knew it wasn’t right after the first kiss – I even knew it was wrong. But he was a dominant, powerful man, and I almost immediately lost myself. I was weak and even subservient. When it came to trying to leave him and the Hells Angels world it was hard, because I didn’t want to become another failure to my family. I acted as if all was well.

How did you finally break free from the Hells Angels? I can’t share how I left the Hells Angels because my second book isn’t released yet, but all I can say is I had a choice to make. That choice led me to finding happiness – and most importantly, gaining control of my own life.

Why did you write this Hells Angels book? I had this desire to help people, by sharing my story I felt it would. Perhaps it would encourage other women in abusive relationships to leave. Publishing my book about living in the Hells Angels world was hard. Reading it when it was completed was very hard, like a movie you cannot press stop on. I relived some of the most horrific moments in my life.

When did you write your memoir? I chose to write my true story after I healed emotionally. I had to forgive everyone involved before I wrote it, or my book would not have been in the same voice it is now. If I had written my book in the first year or second year after I left, I would have still been trying to explain myself in a bitter tone as opposed to an understanding tone. I would have written my book for the ones who hurt me, instead of writing for our world.

Did you try to get your memoir traditionally published? I never looked for a publisher. I wanted my book to be in my own words. After I left Hells Angels, I took my divorce money, paid the bills I incurred over the duration of my separation and divorce, and gave the rest of my money back to the world that saved me and my children. I felt as though that money was tainted somehow, and I wanted to give it to people who needed it and who were going through something similar.

What was the hardest part of writing a Hells Angel book? The hardest part was realizing the cycle of abuse never started with men I dated, but well beforehand. I never sensationalized the Hells Angels party life in the book, I wrote deeper than that. I wrote from my very heart. I shared the moments that shaped me, made me, and broke me. My final Hells Angels book – Book 3 – is called “Kerri”, and it will be the path that will lead me home to the girl lost long ago. Writing this Hells Angels book never toughened me up. It opened my eyes and gave me a more sympathetic heart to embrace others. We may not be equal, but we are all truly unique.

What’s your advice for women who are facing a new beginning? It’s okay to cry, it’s okay to be upset. You have to go through each stage of grieving to heal, and never give up. Always try to forgive and most importantly love yourself. Know no matter what, you are not alone. Look through the eyes of the woman who you were, who you lost long ago. Rebuild yourself to be who you are meant to be, not what others think you should be. Be your own person and you will find your true self, your own balance.

Kerri adds that abuse is a dynamic that often makes women feel they have to explain themselves or justify certain actions, as opposed to owning their truths and knowing we are who we are. One of the final steps in healing is to accept ourselves and love ourselves first.

Kerry Krysko is the bestselling author of Kerri On: a Memoir of a Hells Angel Ex-Wife. In her book, she shares an inspirational journey, from a lonely child, to an abandoned teenager, abused wife , to an independent woman. She was belittled and victimized by people whom she loved and a man who used her in his own vindictive games. By finding the warmth within her heart and watching those around her she transformed her own self built prison walls of self-loathing to self discovery.

I recently interviewed another woman who survived abuse. Ironically, her name is Keri, too! Read Signs of an Abusive Relationship – and How to Survive.

Letting Go of Other People’s Expectations 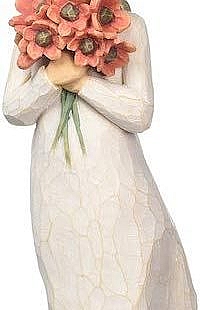 17 Bereavement Gift Ideas for the Loss of a Mother 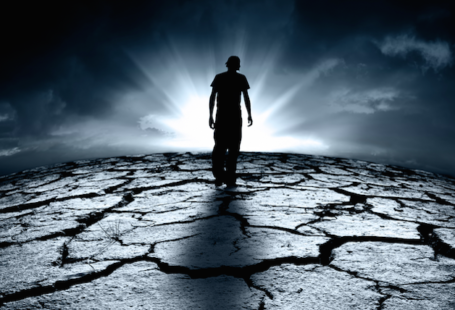 How to Hold on to Hope When Life Seems Hopeless 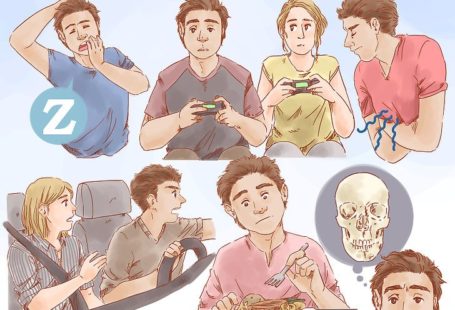 How to Help a Depressed Boyfriend