Before you allow your veterinarian to give Trifexis to your dog, read the effects of this flea treatment for dogs. As a dog owner, the last thing you need is an infestation of fleas or ticks — nor do you want a sick dog.

An infestation of fleas isn’t necessarily the worst thing to happen to you and your dog.

Here’s how Trifexis (a flea treatment that is NOT natural) affected my dog Georgie and Julie Anne’s dog Kolbe. Julie Anne’s experience was much worse than mine. Her dog died, and she believes Trifexis contributed or possibly even caused Kolbe’s death.

It’s important to do your research before giving your dog any type of flea treatment – even natural flea treatments and even if a veterinarian prescribes it. This is what trips me up every time! I assume that if a vet is prescribing a medication – especially for something as “little” as preventing fleas and ticks – then it’s a safe treatment for my dog. But I found out the hard way that Trifexis isn’t a good flea treatment for all dogs.

My dog Georgie and Trifexis

Georgie has irritable bowel syndrome (IBS), so I’m very careful about what food and medications she takes. When the IBS flares, she doesn’t eat and I can hear her stomach and guts make all kinds of noise. She also gets lethargic and listless. I was reluctant to give her Trifexis because I thought it was a synthetic-chemical flea treatment, but the veterinarian said it probably wouldn’t cause a flare up.

The veterinarian was wrong. Georgie was sick for three days after taking Trifexis, which I now believe is not a good flea treatment for dogs. I thought her illness was because she was a sensitive stomach and bowels, but after hearing Julie Anne’s story, I now believe Trifexis is a potentially lethal medication for dogs.

The tricky thing is that a flea treatment that works for one dog could potentially kill another dog.

In Julie Anne’s words, here’s how this flea treatment affected her dog:

“Trifexis Kills” were the words that leapt out at me after searching the Internet about the cause for the recent death of our 10 year old Golden Retriever, Kolbe.  On Friday, we went to the veterinarian with a slight cough.  We were given an antibiotic and a cough expectorant and the vet said he would be as good as new in 10 days.  It was a respiratory infection that was confirmed by an x-ray.  On the weekend Kolbe was lethargic and not his usual self but the cough seemed to subside.  He did not want to go for his walk, and we let him rest. On Monday, the vet added Lasix to the prescribed medicine because Kolbe seemed to have trouble breathing.  By Monday night Kolbe could not lie down and was panting heavily.  We rushed him to the veterinarian on Tuesday morning.  It was now diagnosed as pneumonia and anemia. Kolbe was hospitalized and given IV medication. The vet was still hopeful our dog could be home by Friday.  On Wednesday morning he bled out and passed away.  The vet said it was not what he anticipated.  After being given a clean bill of health in April with a wellness panel to prove it, we were devastated.

How other dogs responded to Trifexis

For three weeks I searched the internet for Trifexis as a flea treatment for dogs, and found story after story like mine about dogs who were perfectly healthy before starting on the heartworm prevention/flea protection medicine, Trifexis.

I contacted our veterinarian, who has pulled the medication from their shelves. I also contacted the manufacturing company, Elanco, the FDA, and a consumer protection agency.  There was no autopsy on Kolbe, so the veterinarian representing Elanco said Trifexis was not responsible for our dog’s death.  There are hundreds of anecdotal stories about whether Trifexis is a good flea treatment for dogs on the Internet.

What if Trifexis kills your dog?

I feel sad and guilty that I did not look on the Internet before giving my wonderful dog Trifexis. Kolbe was the one who made us laugh every day.  He was a silly, kind, gentle soul that loved walking with me and his best canine friend, Murphy.  He was the one that knew exactly how to behave around my fragile 87 year old mom even though he could still do wild puppy like laps around the backyard when he pleased.  He was the only Golden Retriever that took very good care of his toys.  No squeakectomies for his stuffed toys! He had lived with other families for the first five years of his life, and then he marched into our family and our hearts and stayed for five years and a few months.  He was a great dog and we loved him dearly.  He was an important part of our family.

That’s Julie Anne’s story of how a seemingly innocent flea treatment can be fatal for dogs. If your dog died because of a medication like Trifexis, read Surviving the Death of a Dog.

It’s scary, because hundreds of veterinarians prescribe Trifexis as a good flea treatment for dogs. How do you know if it will negatively affect your dog? I’m going to ask veterinarians this question on Twitter and Facebook, and post their thoughts below.

And as always, I welcome your comments. I’d love to hear if you’ve had any experience using Trifexis as a flea treatment for your dog.

On a more upbeat note, read Does Owning a Dog Make You Happy? 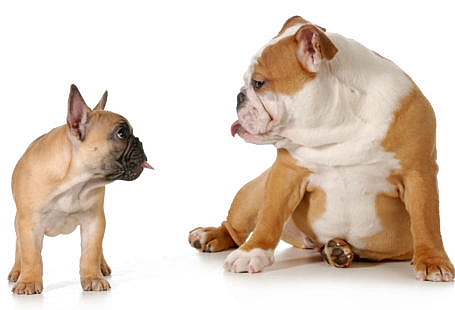 Surviving the Death of a Dog 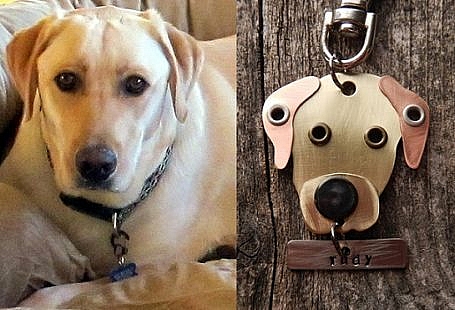 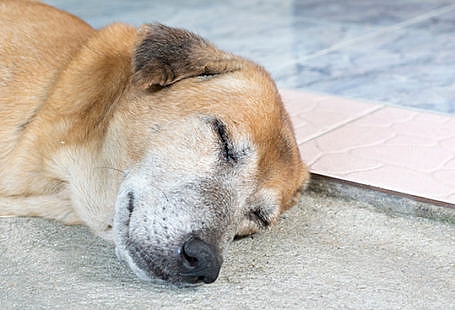