How to Stop Panic Attacks – Hypnotherapy and Corsets 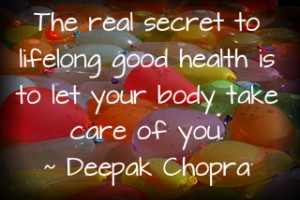 Two tips on how to stop panic attacks: hypnotherapy and corsets. Here, Heather and Katie explain how their panic attacks stop when they use these remedies.

Heather McCartney and Katie Norris are two women who live on opposite sides of the world (almost), yet they both struggle with the same thing: panic attacks. And both have found a way to stop their panic attacks from controlling their lives.

That said, however, both these tips on how to stop panic attacks have one thing in common: they are easy to try, and they are unlikely to harm your emotional or physical health.

Tip #1 on How to Stop Panic Attacks

Heather’s panic attacks were so severe, she thought she was having a heart attack. “They came on at any time, even doing something as simple as going to the supermarket,” she said. “I had some on trains, which is terrible because all you want to do is get off and you can’t. I also had one while I was driving, which was terrifying and put me off driving.”

Sometimes Heather’s panic attacks prevented her from leaving her house, and she turned to self-harming behaviors to cope. “I really can’t describe how awful the panic attacks were,” says Heather. “They really were the worst thing ever. I began to fear going anywhere or doing anything in case I got one. My mum became my comfort blanket because I would only go anywhere when I was with her.”

These tips on how to stop panic attacks are based on Heather’s story in The Daily Record.

Try hypnotherapy to stop panic attacks. Heather’s panic attacks took her to a whole new (and low) level last spring, so she decided to try hypnotherapy. “In the first session, all you really do is go into a really deep relaxation, but I could feel the difference right away,” she said. “Each session since has helped me a little more and I really do feel now that I am beginning to come out of the other side.”

Combine different treatments for panic attacks. “My life has completely changed since I started hypnosis to stop panic attacks,” says Heather. “I am still on anti-depressants and seeing a psychologist, both of which I am sure have played a part. But, even after just one session of hypnosis I felt so much more relaxed and was even able to go to a restaurant with my parents afterwards.”

Don’t expect overnight results. It takes time to learn how to live without feeling panicked and anxious, and even the most effective tip on how to stop panic attacks takes time. “Don’t get me wrong, I still get bad days when I feel anxious,” says Heather. “But I can cope with them so much better.” Learning how to stop panic attacks may not completely eliminate them from your life – it’s definitely a journey towards health and wellness!

Talk about your panic attacks. Heather started a blog called Free Her Desire about beauty products a few years ago, but recently decided to blog about her mental health problems instead. Her goal is to help others. “The response I had from people was just incredible and it really has been a huge support to me,” she says. “That has given me strength. I also realised how important it is to talk about the problems I have been through so other people talk about them too. I feel it is really important to be open and honest about my problems so other people might realise they are not alone.”

Hypnotherapy may not be a unique or different way to stop panic attacks, but it can be very effective.

Tip #2 on How to Stop Panic Attacks

This is an incredibly interesting way to stop panic attacks – I’ve never heard of it until today.

“I panic when I do not know I can easily get out of a room or situation,” says Reverend Katie Norris in her blog post, How to Stop a Panic Attack in Two Minutes. “Thus, large buildings with few exits like conventions centers, indoor malls, movie theaters, and hospitals scare me to death. As soon as we walked into the convention center, I was a wreck. I got overheated and sweaty, I was breathing fast, I was shaking, and I felt sick. I was having a terrible panic attack. No matter what I did – deep breathing, repeating to myself that I was safe, talking to my family to distract me – nothing stopped the panic and I did not have my Ativan with me. I went into the convention center and saw a corsetiere booth and knew I could stop my panic attack in two minutes.”

Corsets as a way to stop panic attacks? Katie explains that at another convention, she bought a corset as part of a costume. When she wore it, she noticed she was calm. She didn’t feel her usual anxiety, nor did she have a panic attack.  When her corset is laced up, she calms down almost immediately.

How corsets may work to stop panicky feelings. “It is not surprising to me that a corset can calm panic attacks,” she says. “Deep touch pressure has been used for many years with animals (such as the Thundershirt), and now for people with autism and attention deficit hyperactivity disorder.”

Talk to your doctor or a health practitioner about these tips on how to stop panic attacks, okay? It’s important to run any health remedy by someone who has professional knowledge about the mind, body, and soul.

What do you think of these tips on how to stop panic attacks quickly and easily? If you try them, you may starting a whole new beginning in your life! I welcome your thoughts below.

Should You Get Another Dog? 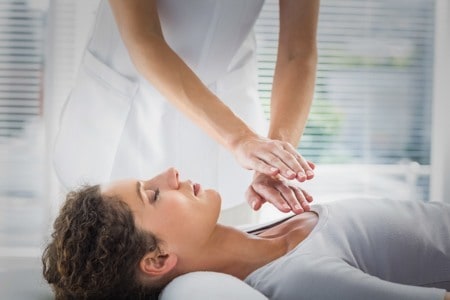 What is a Massage Practitioner? How Holistic Massage Works 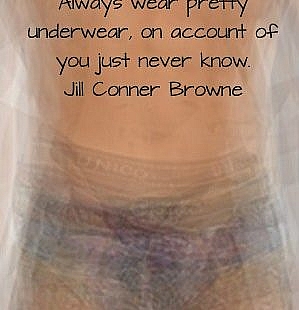 Why You Shouldn’t Wear Underwear – A Surprising Health Tip

1 comments On How to Stop Panic Attacks – Hypnotherapy and Corsets