10 Tips for Dealing With a New Boss

A roundup of the 10 best tips for dealing with a new boss when you’re under new management, plus bonus advice about getting on your boss’ good side.

Here’s a warm up tip from Michael Watkins, author of The First 90 Days: Critical Success Strategies for New Leaders at All Levels:

“Ask the new boss directly how she prefers to be communicated with – via e-mail, phone, or in person -and how often she wants to be filled in. Letting the boss know you’re happy to do things on her terms sends a powerful signal.”

You don’t want to “suck up” to your new boss, but you do want her to know that you’re aware that different bosses have different management styles. You’re willing to learn how she works, and you want to work with her.

10 Tips for Dealing With a New Boss

1. Be aware of your new boss’ body language. When a new boss took over, 26 year old Jane Shapiro, a publicist for a New York publishing house, e-mailed her to ask what kind of updates she’d prefer. She learned that new problems were what the new boss wanted to know about. “So at the meeting, I got right to the point and briefly explained the one project I was having trouble with. She thanked me and moved on,” Shapiro says. “Other people droned on about every single item, and I could tell the new boss was getting anxious – she was tapping her pen and sighing loudly.” Some of Shapiro’s colleagues just couldn’t adapt to the new management style and were either let go or excluded from plum projects. – from The New-Boss Survival Guide.

2. Prepare for a new management style. Your new boss will do things differently than your old boss. Some meetings, interactions, and expectations will be better than before, while others will make you want to drink gin under your desk. You’ll be better able to deal with a new boss if you prepare for the worst but expect the best. And who knows – working with a new boss might be the start of a whole new career for you! Stay positive.

3. Break the ice. Here’s a good tip for dealing with a new boss from 10 tips to cope when your new boss is an expat: “Ask Human Resources to organise a round-table meeting so the new boss and the team can get to know each other, said Lynda Aurora, an executive coach at the consultancy Plus Partnership in Hong Kong. The manager will share their background, management style, performance expectations and understanding of team issues, while employees will discuss career aspirations, current challenges, and what they expect from the manager, she added. “Then there’s a Q&A – this can establish a strong start to the new team dynamic.”

4. Take your new boss out for lunch. The previous tip for dealing with new management was about introducing the whole team to the new boss. I think it’s also important to get to know your new boss in a more casual setting. When I worked at Big Brothers in Vancouver, I spent half an hour with our Executive Director on a ferry. Getting to know her informally, away from the office, was an excellent experience – both professionally and personally. Getting to know your manager outside the office isn’t just a tip for dealing with a new boss, it’s a good way to connect with her as a person.

5. Be professional. If you take your new boss out for lunch or drinks, don’t get drunk, complain about your workplace, or talk about your former boss. More importantly — leave your emotions outside the office or workplace. Don’t get involved in the politics or drama. Now that you’re under new management, you have the chance to re-establish yourself in the workplace. Dealing with a new boss can further your career in surprising ways!

Does working with a new boss or under new management seem like more trouble than it’s worth? Read  30 Home Business Ideas – Plus “How To” Guides.

6. Rally the troops. What if your boss is a bully? Don’t deal with your new boss alone. “Standing up for yourself can stop a bully by earning his/her respect. But it could also cost your job. The higher your new boss is in the organization, the more you need allies. Check out with other workers whether the behavior you are experiencing is generalized. If it is, it’s easier for two or three people to confront a boss than one alone.” – from Dealing with a Bully Boss.

7. Be clear about what you need when you’re dealing with a new boss. How are you experiencing this new management style – how is your new boss affecting your productivity and work relationships? If you have other issues besides dealing with a new boss, be specific and clear about what you want at work. For example, why do you want your boss to give you less (or more) work? Do you want a raise and if so, how much? Are you having trouble coping with the changes at work? The more specific you are – and the more clearly you can communicate your needs – the more likely you are to get what you want.

Telling your boss, coworkers, or anyone in your life what you need is difficult at the best of times! If you find yourself reluctant to speak up for yourself, read

The Power of Positive Confrontation: The Skills You Need to Know to Handle Conflicts at Work, at Home and in Life by Barbara Pachter.

8. Don’t assume new management means an “open door” policy. If you have to talk to your manager about something, don’t just drop by his office. “Discover the best times in which to approach your new boss by simply asking, “when are the best times to meet with you if I have questions?” This simply inquiry can build credibility because of the awareness and consideration of your new boss’ busy schedule. An added benefit is that when you meet with your new boss, you’re likely to have a more focused, less distracted listener.” – from Trouble connecting with the boss?

10. Learn how to deal with new management that you don’t like. Not all personality clashes or problems at work can be resolved, especially if your new boss has emotional or mental health issues – or is simply the boss from hell! If you dislike dealing with a new boss but aren’t ready for a career or job change, learn how to disconnect from the situation. Here’s how a reader describes it – she wrote this in the comments section of the last article: “A disconnect does not necessarily mean one should physically leave his job…sometimes the disconnect means mentally separating your feelings and thought processes from a new boss who has lost it, yet is tolerated by the company. Take frequent “mini- vacations” that makes it easier to survive another week/month at work, under new management.”

Volunteer for the small tasks. “When your new boss is starting to get acclimatized to his new environment, stop by and volunteer to aid him with some small tasks that will make his life more comfortable. Your boss should start to get his head around things in three to four weeks…Serve as a resource, but start slow. Volunteering for a big task could arouse the suspicion of your boss and those of your fellow coworkers. Rather, choose the jobs that nobody else wants. Your new boss will silently thank you for saving him from the ire of assigning such tasks to others. Understand that trust in new management takes time to build. Strong relationships are seldom established without a bit of patience.” – from Dealing With A New Boss.

If you’ve decided that working under new management isn’t your thing, read Making a Career Change at 40? What You Need to Know.

And as always, I welcome your comments and tips for dealing with a new boss below…

Starting a Food Truck Business – Sweets on the Streets

10 Most Expensive Gifts – and 10 Affordable Alternatives : The Passion Seeker 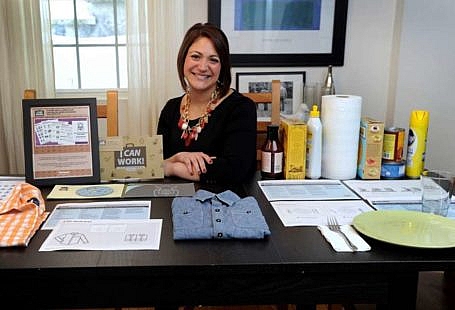 10 Career Tips for Adults With Autism 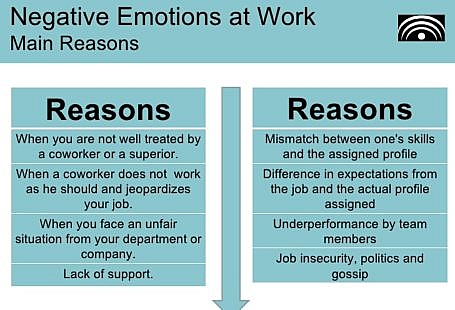 How to Cope With Negative Coworkers 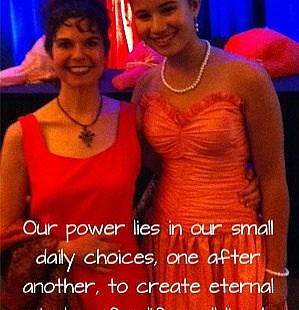