Diarrhea, stomach making noise (gurgling), and no appetite are all signs of upset stomach in dogs. Here’s how to deal with your dog’s stomach problems, based on my experience with Georgie. My terrier’s tummy was upset for almost a full year, until I finally figured out what was wrong.

Dog Owner’s Home Veterinary Handbook by Debra M. Eldredge is an excellent resource for dog owners. Not every symptom of a possible stomach or other problem means your dog needs to be rushed to the veterinarian – but it’s hard to know unless you look it up in a book for veterinarians.

“Fox-terriers are born with about four times as much original sin in them as other dogs.” – Jerome K. Jerome.

My dog Georgie is a terrier, and she has been a “sinner” ever since we adopted her from the SPCA two years ago. She barks at male joggers, refuses to come when called if a squirrel is within a five mile radius, and barks when passersby look at the house (you should hear her when they have the nerve to knock on the front door!).

And she has a mild-to-severe stomach problems that took me almost two years to solve. Of course, this isn’t a sin, it’s just a pain for us both.

I googled “stomach problems in dogs” until the cows came home, but found nothing helpful. So, since I solved Georgie’s tummy troubles, I thought I’d better share my tips! I hope they help you figure out what’s causing your dog’s stomach gurgling, diarrhea, or lack of appetite.

Sometimes, gurgling tummy noises can indicate a serious illness such as cancer or intestinal bowel disease. Other times, stomach problems are the result of something your dog ate (or killed. Georgie is a terrier who kills squirrels, and that can cause all sorts of intestinal problems.)

Remember that dogs can have “human” stomach problems

I took Georgie to the veterinarian several times, and we decided she probably has IBS (irritable bowel syndrome). Or, perhaps she even has IBD (irritable bowel disease). I figured this out by searching the internet for “dog’s bloody stool” and “dog not eating.”

The reason I thought she might have irritable bowel is because her symptoms are exactly the same as mine. I have ulcerative colitis. My symptoms include stomach upset, gurgling guts, diarrhea, bloody stool, lack of appetite, and gas…it seemed like my dog’s stomach problems matched my own, and my diagnosis of colitis was bang on!

The veterinarian did two tests for parasites; both came back negative. She said that the only way to know for sure if our dog has irritable bowel syndrome is to take a tissue sample. Instead of putting Georgie under anaesthetic and making her undergo surgery, I chose to give her Tylan.

Tylan is an antibiotic that can cure infections. It’s often prescribed when a dog has diarrhea, and is used to help heal stomach and gut symptoms caused by colitis and intestinal problems. I also recently learned that Tylan tastes foul, which explains why Georgie won’t eat it unless it’s covered by chicken or cheese.

Diarrhea and gurgling stomach noises may be linked to a lack of healthy intestinal bacteria in your dog. I’ve been told that yoghurt with probiotics is good for dogs, but I give my dog a  canine nutritional supplement that replaces intestinal flora.

The first six months Georgie was on Tylan, she didn’t have a single stomach problem! So I foolishly didn’t renew her prescription, and have spent the last six months trying to get her tummy troubles under control again. I don’t know why the Tylan didn’t automatically pick up where it left off – she was doing great for so long, but taking her off then putting her back on wasn’t as effective or easy as I thought it’d be.

So, back came the diarrhea, stomach noises, gurgling guts, and no appetite. I don’t know if she felt pain because of her upset stomach, but I fear so. My colitis hurts me, and I think Georgie’s gurgling guts aren’t comfortable for her.

The final solution to my dog’s stomach problems

One of the best sources of information about your dog’s health is other dog owners! I’ve gotten tips about charcoal, canned pumpkin, and yam – all are supposed to calm indigestion and upset stomach in dogs. I tried all three, but none calmed my terrier’s tummy.

What I finally discovered is that marrow bones – which I regularly gave Georgie – are too rich for her tiny tummy! She only weighs 22 pounds, and if she eats the rich, protein-laden marrow out of a raw soup bone, her stomach gets upset. I don’t know why the marrow bones didn’t seem to bother her the first six months she was on Tylan, but it worked to solve her tummy troubles now.

3 Tips for Dealing With Your Dog’s Stomach Problems 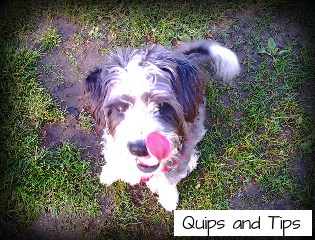 My dog Georgie in “What Causes Gurgling Stomach Noises in Dogs?”

Visit your veterinarian. Of course you should take your dog to the veterinarian for a checkup. I know it’s expensive and sometimes seems useless (I was frustrated with the three veterinarians we tried), but you need to get a professional opinion about your dog’s stomach problems.

Give your dog a bland diet. I give Georgie chicken soup and rice every morning for breakfast and every night for dinner. I make my own homemade chicken soup – I just boil a chicken carcass for three or four hours. She loves it, and it’s so good for her tummy. I supplement with a half cup of seafood kibble that is made for dogs with sensitive stomachs and skin.

Eliminate everything but the chicken soup and rice. I figured out it was the marrow bones that was causing my dog’s stomach upset by giving her only chicken soup and rice for a few days. When her tummy was fine, I added her normal treats back to her diet. When I gave her the marrow bone, voila! Her guts and stomach made gurgling noises the next day, and she refused to eat. A fellow dog owner told me it’s the same with her dog – she only gives marrow bones for 15 minutes a couple times a week.

Phew – my dog’s stomach problems solved! I hope my tips help you figure out your dog’s tummy troubles…I welcome your thoughts below.

How to Manage Money After Divorce

Becoming a Private Investigator? Tips From a Detective 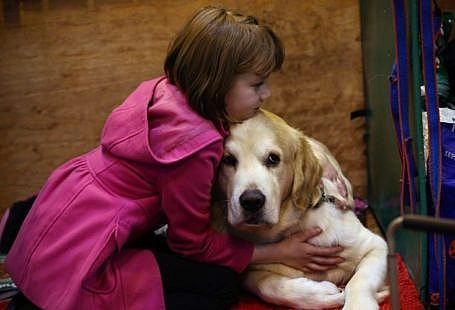 Should You Put Your Dog to Sleep? A Veterinarian’s Advice 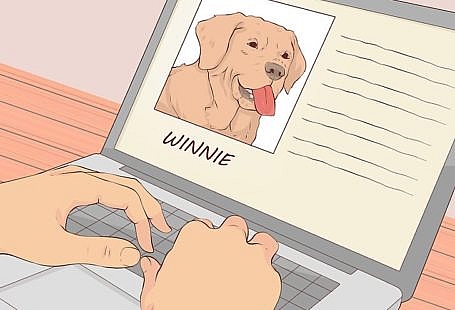 How to Cope With Guilt After Your Dog Dies