Best Board Games for People Who Love Playing With Words

Need a birthday gift for a “word gamer”? Here are several of the best board games for people who love playing with words, sentences, and dictionaries.

And, a quip for the birthday card:

“Words mean more than what is set down on paper. It takes the human voice to infuse them with deeper meaning.” ~ Maya Angelou.

Your word lover knows that words mean far more than what’s written on paper — a single two-letter word can mean the difference between winning and losing the game! If your word lover isn’t competitive, he or she might like the The Magnetic Poetry Kit — the little words are great for fridges and office settings. The Magnetic Poetry Kit with Shakespeare’s words adds a bit of Elizabethan spice to the game!

Traditional word and crossword board games provide hours of fun and, at between US$14 and $27, they won’t break the bank.

Crossword board games are great gifts for people who:

Word games aren’t as fun for people who:

If you’re sure that the person you’re thinking of would love a word game or crossword game, here are some you can choose from….

Scrabble Crossword Game is my personal favorite, probably because I’ve been playing it since I was 8. It is a crossword board game, where you use a selection of tiles (each of which has a value) to make up words and score points. The catch is that each new word has to be added on to a previous word – and it can get tricky sometimes.  This word game is great for adding new words to your vocabulary – and if you read a lot, you’ll already have a head start. Best played by: word nerds. A cool new twist on the traditional Scrabble is Bananagrams, which is a bestseller on Amazon.

Want to gain an advantage in Scrabble? Check out these tips on How to Win Every Scrabble Game Without Cheating.

In Boggle, you have a tray with 16 dice with a  different letter on each side. Shake the tray (it has a cover) and let the dice settle into position, then start the egg timer. Find and write down as many words of three letters or more as you can – but the letters must be adjacent horizontally, vertically or diagonally. Then the fun really begins! Players call out their words and all duplicated words must be eliminated. Points are scored on the words left based on the length of the words. Best played by: people with fast fingers!

Balderdash is a great game for people who enjoy bluffing. Instead of being just about words, it’s about definitions. To play Balderdash, the dasher draws a card from the deck with different words and definitions and rolls a die to see which word will be played. The dasher calls out the word (but not the definition) and the other players try to write a definition. You win points by knowing the right definition, by guessing the right definition (when all submitted definitions are read out), by being the dasher (if no one gets the answer). Every time you win a point you move a place on the board; reach the finish line first to win! The best thing about this game is the fun you have with the definitions. Best played by people who love playing with words so much, they read the dictionary for fun!

Snatch is a board game described by some as ‘Scrabble for the 21st century”. It’s a fast paced game based on word games played in Victorian times. There are 100 tiles which are placed face down on the table. Each person turns over a letter until it’s possible to make a word of 3 letters or more. The person who sees and says the word first grabs it and places it in front of them. That word is fair game as Snatch enters the second phase. Players can make words both from the middle and from existing words. When all the letters have been turned over, players must agree to stop playing and start scoring. This is a fantastic word game where there’s no chance of getting “board” (pun intended). Best played by good sports with a lot of nerve!

If you’re buying a gift for someone who doesn’t just love playing with words, but wants to work with words, read The Best Gifts for Writers or Anyone Who Wants to Write.

Have you ever received any of these word games as a gift? Comments and tips welcome below…

Sharon Hurley Hall is a professional web content writer and blogger (and a word nerd). She runs Get Paid to Write Online , which offers tips and advice for freelance writers. Follow her on Twitter:@shurleyhall. You can see Sharon’s other Quips and Tips posts here. 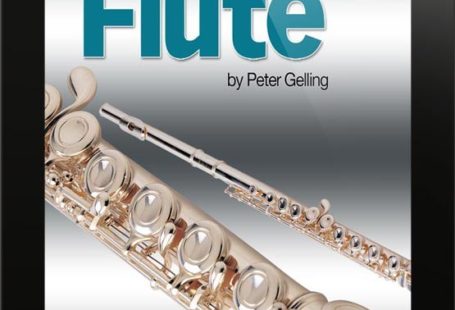 Learn to Play the Flute Without Paying for Lessons