What You Can Do About Female Circumcision

Does the thought of female circumcision make you feel sick, hopeless, and helpless? Here are two easy things you can do to help fight female mutilation without leaving your chair: learn why some cultures practice it, and visit two websites that work towards eradicating female circumcision.

by Ayaan Hirsi Ali; we talked a lot about female (and male) circumcision. During our discussion, I kept wondering what we could do to help women who are forced to undergo this terrible practice. What can we do about girls who are cut and sewn up – and who are even dying because of female mutilation? Can we take action and make a difference?

We as a book club can’t march to Somalia, Senegal, or Africa to protest female circumcision (but if you can, read Moving to Africa? 10 Things You Need to Know!

). But, we can do a couple of little things that might have a ripple effect.

Here’s a brief description of female mutilation, plus two little things you can do right now to fight this form of violence against women. You don’t even have to leave your seat to make a teeny weeny difference!

What You Can Do About Female Circumcision

Here are two little things you can do to make a difference:

1. Get informed – learn why some cultures practice female circumcision

Female mutilation is practised out of ignorance, not deliberate cruelty. “When you cut a girl, you know she will remain pure until she gets married, and that after marriage, she will be faithful,” says Nashiru, the senior FGM ‘surgeon’ in the Maasai community in Kenya in The Controversy of Female Genital Mutilation. “But when you leave a girl uncut, she sleeps with any man and brings the disease into the community.” These beliefs keep the practice alive, and are founded in ignorance.

There is a stigma to NOT being cut, of not being circumcised if you’re a woman. The “cutting time” – when the girls in the community are mutilated – is a community event that has been happening for ages. Female circumcision is still practiced because of the fear of social repercussions if it is stopped. In the Maasai community, being cut makes you a woman – and the girls are taught to look forward to it.

It may not sound like much, but simply getting informed is a form of taking action against female circumcision. Writing about it, talking about it, and even saying a simple prayer for the girls and women who are affected by this practice can make a difference.

To learn more about the effects of female circumcision, read the World Health Organization’s fact sheet on female genital mutilation.

Another easy thing you can do about female circumcision is to visit a couple of websites that fight the practice. When I searched for “female circumcision” on the internet, Desert Flower Foundation was one of the first results Google gave me. Their manifesto is that “All victims [of female mutilation], where it is their wish, to have free access to surgery to counteract the damage and receive psychological counselling.”

Keep the girls and women who have suffered the horrors of female genital mutilation in your thoughts and prayers. Don’t just shudder at the thought of being circumcised – instead, make a little space in your heart and soul for these girls and women.

Maybe you can’t do anything to eradicate female mutilation, but you can do those two little things: visit and/or follow websites that fight it, and keep those girls and women in your thoughts and prayers.

Share your big and little thoughts – and prayers – about female circumcision below. You may not be able to do anything “big” to fight female mutilation, but you can send your thoughts and energy to the girls and women who have been affected by this type of violence and abuse. 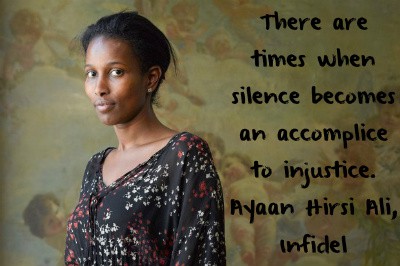 Should I Be a Singer? What a Music Career is Really Like