What is Post Traumatic Stress Disorder? Symptoms and Treatments

Here’s a simple explanation of what post traumatic stress disorder (PTSD) is, and the most common symptoms and treatments. Post-traumatic stress symptoms can be caused by natural disasters, terrorist attacks, and even assault at work or child abuse at home. Any event that is frightening or traumatic can result in long-lasting and debilitating symptoms that affect not just the survivor, but friends and family as well. 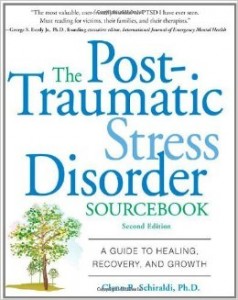 The Post-Traumatic Stress Disorder Sourcebook: A Guide to Healing, Recovery, and Growth by Glenn Schiraldi will help you live your life more fully-without fear, pain, depression, or self-doubt. You’ll learn how to identify emotional triggers-and protect yourself from further harm, understand the link between PTSD and addiction-and how to break it, and find the best treatments and techniques that are right for you.

PTSD symptoms can occur immediately after the traumatic experience, or many months later.

For an “official” diagnosis of PTSD, symptoms must last more than a month. The symptoms usually arise within three months of the traumatic event. How long the symptoms last and how severe they are depends on personality, level of anxiety, and amount of social support or counseling.

What is Post-Traumatic Stress Disorder?

PTSD is a psychological disorder rooted in anxiety or panic, and can be caused by floods, earthquakes, accidents, abuse, and other frightening events. Traumatic experiences overwhelm normal biological and psychological mechanisms, and can result in behaviors that are uncontrollable and confusing for everyone involved.

The feelings of helplessness, terror, and loss of control (PTSD symptoms) are overwhelming. The first step towards treating post-traumatic stress is learning how to recognize the symptoms. Post-traumatic stress survivors can find it difficult to resume their normal life and activities. PTSD survivors can’t just go back to the way things were – for them, everything has changed.

Feeling numb and hopeless is common in people with PTSD. So are signs of depression, loss of interest in the world, and losing interest in previously enjoyable activities, like sexual intimacy or old friendships. Extreme passivity and numbness can be symptoms of post-traumatic stress disorder, perhaps signaling learned helplessness. Survivors of PTSD don’t act or feel as affectionate or light-hearted as they once were.

Many people deny the traumatic experience, or they “intellectualize” it. PTSD survivors either ignore it entirely or talk about it but dissociate their feelings from it. Others relive it in flashbacks when they’re awake or nightmares when they’re asleep. These relived events are filled with the same fear and lack of control as the original traumatic experience. Survivors of post-traumatic stress could act and feel like the trauma is actually occurring; their terror and anxiety is emotionally overwhelming.

If your partner is dealing with symptoms of post traumatic stress, read  How to Help Your Husband Cope With PTSD.

Any traumatic experience can trigger PTSD symptoms. Assault, child abuse, and other acts of violence can cause this anxiety disorder. For example, seeing a parent harmed can severely affect your emotions and growth, and lead to feelings of rage and vulnerability. Surviving post-traumatic stress and getting healthy involves recognizing the signs and complications.

People who are more likely to suffer from PTSD:

Trauma Support Groups. Simply being in the company of others who have experienced the same trauma, or any traumatic event, can provide comfort and security. Sharing experiences and signs of post traumatic stress with others who have “been there” may reduce feelings of terror and helplessness. Finding a good trauma support group – where honesty, health, and shared communication are the keystones – is important in dealing with symptoms of post-traumatic stress disorder.

Medication for Post-Traumatic Stress. Psychiatrists and “regular” doctors can prescribe Zoloft, Paxil, Depakote (if mania is involved), and sleep disturbance drugs. Most medications that help with surviving post-traumatic stress disorder involve serotonin reuptake, which stabilizes and even lifts moods.

A combination of treatments may be most successful in treating post-traumatic stress disorder – or any anxiety disorder, phobia, or psychological disorder.

A Brief History of PTSD 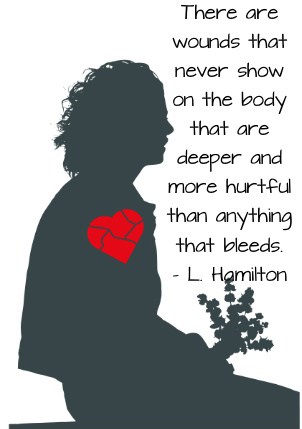 Freud first touched on this anxiety disorder with his investigation of hysteria – he linked abuse and violence to symptoms of psychological trauma. He worked with women mostly, and was dismissed by most of his colleagues. They didn’t realize Freud was helping people survive post-traumatic stress disorder.

It was after World War I when psychologists and other investigators noticed many war veterans exhibiting symptoms of Freud’s hysteria. The vets were unable to talk, feel, see, or move – and yet they had no physical injuries. Some psychiatrists attempted to minimize the pain and stress the vets were feeling, but they didn’t quite know what they were dealing with. They didn’t know the war veterans were displaying symptoms of PTSD.

I welcome your experiences and thoughts on PTSD symptoms and treatments below. 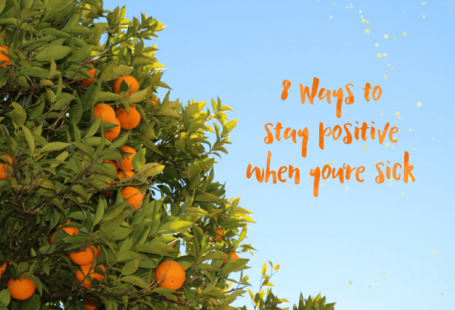 How to Stay Positive When You’re Sick 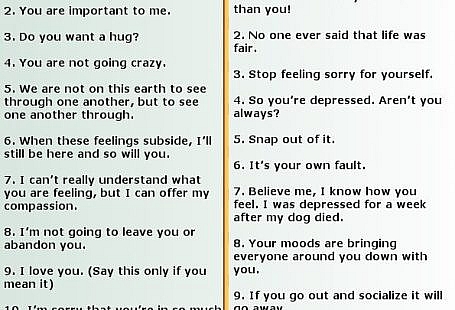 How to Help a Depressed Friend 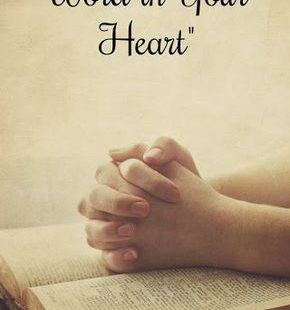 5 Practical Ways to Apply the Bible to Your Life

3 comments On What is Post Traumatic Stress Disorder? Symptoms and Treatments