Ken Wheatley, the co-director for the lung cancer alliance for California, describes the lessons he learned after losing his wife to lung cancer. 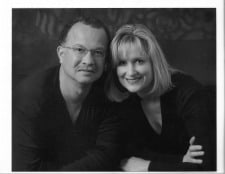 Sheila – who never smoked – was diagnosed in January 2008 with stage 4 non-small cell lung cancer. This was six months after Ken proposed to her in Montreal. They told her she had nine months to live. Sheila and Ken went ahead and got married anyway on June 22, 2008 in San Diego, California. Sheila passed away 15 months later on September 15, 2009 – four days after her 52nd birthday, and 21 months after being diagnosed.

“A few months before Sheila passed, I was diagnosed with an aggressive form of prostate cancer,” says Ken. “We talked at length and agreed to delay my treatment until after her disease either stabilized or she passed.”

Here, Ken shares what he learned from the experience of losing his wife to lung cancer.

These are Ken’s answers to my questions about coping with end of life issues.

We wished we had known about the Lung Cancer Alliance, their clinical trial matching services, and the resources they had available to bring order and some confidence that we were doing everything we needed to be doing. We were always left with the feeling, right to the end, that we were missing big chunks of information that might have possibly made a difference. Some many decisions had to be made that, at the time, seemed literally, life and death. Were we making the right choices? If things didn’t work out well a few weeks or months later, we’d second-guess the earlier decisions. So, it would have been nice to know that there was an independent resource out there to bounce things off, in order to have some peace-of-mind that we were making the right, or best, choices.

We also wished we knew more about the death process. What are the signs that death is near/imminent? As strange as it sounds, two days before Sheila passed we thought it was just another temporary setback and that Sheila would be out in a day or so. With the benefit of hindsight, I now know that the signs were there a week or so ahead of time. Knowing about the dying process would have changed our last conversations.

It may have helped to engage the hospice services much earlier. I wasn’t introduced to them until the day before Sheila passed. It was too late at that point. I’ve heard great things about hospice care since then, so I’m sure finding good hospice care would have eased her pain and prepared me better for what was to come. It all seemed to happen too fast at the end. Even though it had been a 22 month ordeal, the end came much faster than I thought. I was caught by surprise. We would have had much different conversations 24 hours earlier had I known. You can’t imagine how much I wish I had those last 24 hours back.

Having hope was of vital importance to Sheila, needing to be hopeful, and having a purpose or distraction from what would have been an all-consuming laser focus on her disease. Sheila was a business owner for 26 years, with a staff of about 18 people. Several months before she passed we sold the business, but, to my surprise, she continued to work as hard for the new owner as she did for herself, even when she was hospitalized for two weeks at one point. I was upset that she wasn’t taking a break and focusing on herself 100%. I didn’t appreciate that the business was her life for 26 years and giving it up entirely would have been the ultimate acknowledgement that her life was over. So by continuing to work, it gave her a purpose. It gave her an extra shot of endorphins, which Sheila greatly needed. She needed an external reason, or validation, to get out of bed every day.

Because of all the death I had dealt with prior to Sheila, and knowing that it was only a matter of time before I too would have cancer, I already had a death focus. I was resigned to the finality of life prior to her passing.  Sheila and I kept separate blogs to chronicle the journey, so one can see from mine ( Ken Wheatley) that I adored Sheila – a term I’ve never used with anyone else in my life.  You can read about Sheila’s Journey on her blog. Losing her has hurt my heart every day for the past 4 and a half years. I think of her constantly and because we were inseparable outside of work, she was really woven into the fabric of my life. So reminders of her are EVERYWHERE!

You’ve probably heard of the poem, The Dash, by Linda Ellis. That’s how Sheila and I lived our lives together, and how I endeavor to continue to live. It’s what happens between birth and death. I miss Sheila, constantly, and can’t wait to be reunited with her. I crave being with her. So, I’m living my life as best as I can, waiting for that reunion day.

If someone you love is dying, don’t put off the important conversations. Although Sheila and I were together 7 years, it wasn’t until after she passed that I went through her family photo albums, and of course, her papers. So, although we were extremely close emotionally, there are a lot of questions I have that will never be answered. So, for those with relationships later in life like ours, don’t put off filling in the blanks of what your life was about before you met each other. You may not have the time to do it, and you’ll perhaps regret not doing so.

You won’t wish you worked more or had more material things – as cliché as it sounds. At the end, our world was reduced to that hospital room, the gown she wore, her earrings and wedding band. That’s it. The cars, the house, the toys, the money…none of that ever came up in conversation. What did come up were the many fantastic memories we created together. The things that touched our hearts.

It was the same for me when I was confronted with my own mortality as I went through my cancer treatment. Laying in the hospital for three days after my surgery, I didn’t lament not being in the office, and didn’t give a second thought to work issues. I was in the here and now, with my hospital gown and wedding band.

If you have any thoughts on Ken’s life lessons from lung cancer, please comment below. 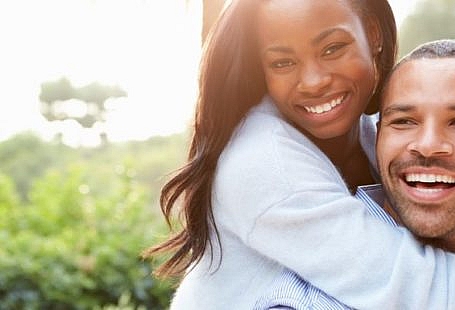 What to Do When You’re Diagnosed With a Terminal Illness 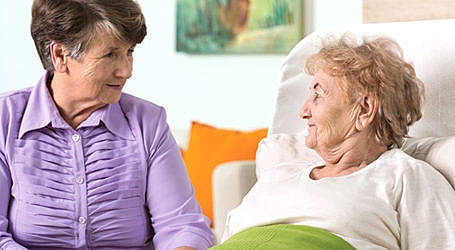 How to Help a Hospice Patient